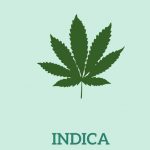 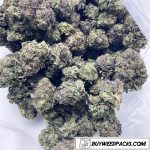 While the two main strains of marijuana are Sativa and Indica, there exists a spectrum of grown plants that combine these two breeds. These new varieties, of which there are many, are called hybrid strains and the majority of cannabis products are derived from them. Since they’re a combination of both natural plant, they often combine and harmonize effects and allow the user to get specialized effects that no pure strain can provide. Hybrid strains are a huge part to the cannabis industry and most people prefer them to the alternatives!

Typical Properties of Indica and Sativa

Indicas are generally sedative and relaxing. They are used by people who want to chill out, relax, and have a great nap. In fact, Indicas have been often used as anxiety medication and aid with sleep for people with various nighttime issues.

Sativas are almost the complete opposite to Indicas: instead of a calming, sedating effect, Sativa are much more energetic and uplifting. They are often used for artistic expression, good vibes, strong focus, and combating depression. They have pain-relieving qualities and are used around the world.

Specific plant genetics show qualities that can be manipulated for our use: this is the power and beauty of hybrid strains of marijuana. Depending on the ratios involved, the experiences of any given hybrid plant can vary dramatically. As mentioned above, Sativa-based hybrids tend to be more energetic and Indica-based hybrids are more soothing and relaxing.

However, not only do the strain ratios of the hybrid plant matter, various cannabinoids also play a huge role in the overall effects of a hybrid plant. THC, CBD, and even other compounds such as THCV, CBC, and CBG will determine all kinds of qualities for any final product. The best thing about hybrid plants and where they shine the most is the symphony of these compounds and genes creating unique effects!

Plants Tailored to Your Needs

The ability for hybrid strains to affect you in any way you wish is one of the most important aspects of them as a consumer product. Maybe, for instance, you suffer from serious medical conditions but hate feeling the sleepiness that traditional Indicas induce: just get a hybrid that has a bit more pep in its step! Maybe you’re an aspiring artist looking for inspiration, but don’t want to feel too energetic while you work – there’s certainly a hybrid for that purpose as well! It doesn’t matter what you need specifically, because there’s most likely a strain for that. From physical pain to emotional stress, from sleep issues to issues staying awake, from relaxation to being ready for a full day, hybrid strains are the future of cannabis use worldwide! 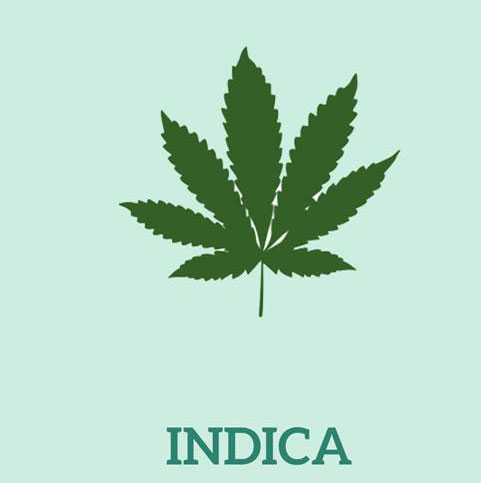 Having adapted to dry climates, Cannabis Indica is a short, dense-branched bush-like plant that originally came from the arid mountain regions of India or central Asia. Being distinct from Sativa, while also sharing similar qualities, Indica has a different cannabinoid profile than Sativa which manifests in a different type of high when consumed This makes the choice between the two an important one when shopping – no one wants to stay up all night, or be extra sleepy while going to work!

If you want to relax after a stressful day, Indica is the strain for you! Unlike the more energetic effects of Sativa strains, Indica is much more of a calming, easing effect. Indica has been used with great success as a pain reliever or sleep aid. In addition, if you have lost your appetite, Indica also functions as a great appetite enhancer.

The most common medical reasons for searching out an Indica strain to consume are for pain relief, sleep assistance, stress management, and appetite. Indica has been successfully used by cancer patients receiving treatments that make them not want to eat, as well as calming the anxieties of people who are in mental anguish. Indica, being a more sedative strain, also reduces inflammation, pain, and seizures.

Differences Between Indica and Sativa

While the two strains are being blended and grown in ways as to blur the line between them, there remains a general difference between the two that any consumer should keep in mind when shopping. In general, the two strains produce different highs that need to be regarded differently – it’s essential to use the right one at the right time! In contrast to the sedative effects of Indica, Sativa is almost its complete opposite: Sativa is more of an energetic ‘head high’ that is a mood and energy booster used throughout the day. Indica is much more commonly consumed at night when the day is already finished, due to its sedative nature.

With the advent of the cannabis industry and the various scientific advancements made in recent times, the ways you can utilize Indica are plentiful. There are oils, sprays, pills, and a variety of other new forms of consumption – as well as the traditional joint, pipe, or bong. Edibles are another common form of taking Indica and are commonly sold in cannabis stores!

Like most medicinal substances, Indica has some side effects that consumers should understand. While none of them are significant, it still is helpful to understand what you are getting when you buy an Indica product.

Cottonmouth
This simply refers to the phenomenon of having a dry mouth while under the effects of Indica. An easy fix is to simply keep water around while you enjoy the effects.

Anxiety
While with the proper dosages, Indica will work as described as an anxiety reducer, taking too much of it can in fact induce greater anxieties in the consumer. Be careful with dosages and try to be as comfortable as possible!

Disorientation
Clumsiness and lack of coordination are common while high on Indica strains. It’s best to sit back and relax.

“The Munchies”
As an appetite enhancer, you will want to snack and eat much more than you normally would. Try to keep healthy snacks around, like nuts and fruit, and lay off those Doritos!

Intense Comfort
Strange to call it a side effect, but Indica is notable for killing productivity. Most of the time, you will be so relaxed you won’t want to do anything important

Benefits to Buying Indica at Buyweedpacks

Not only do we provide the best customer service available online, we distribute our premium product to the entire country. All of our products come from government-approved, quality vendors, and our wide selection ensures you get exactly what you’re looking for.